In the 1880's, three young men occupied the same Rochester boardinghouse and entertained the same ambition: to own a business of their own.  Since Rochester was a shoe manufacturing center, that industry attracted their attention first.  Daniel Calkins and C. P. "Percy" Crowell began to make children's moccasins in the evenings while occupied with their normal jobs during the day. 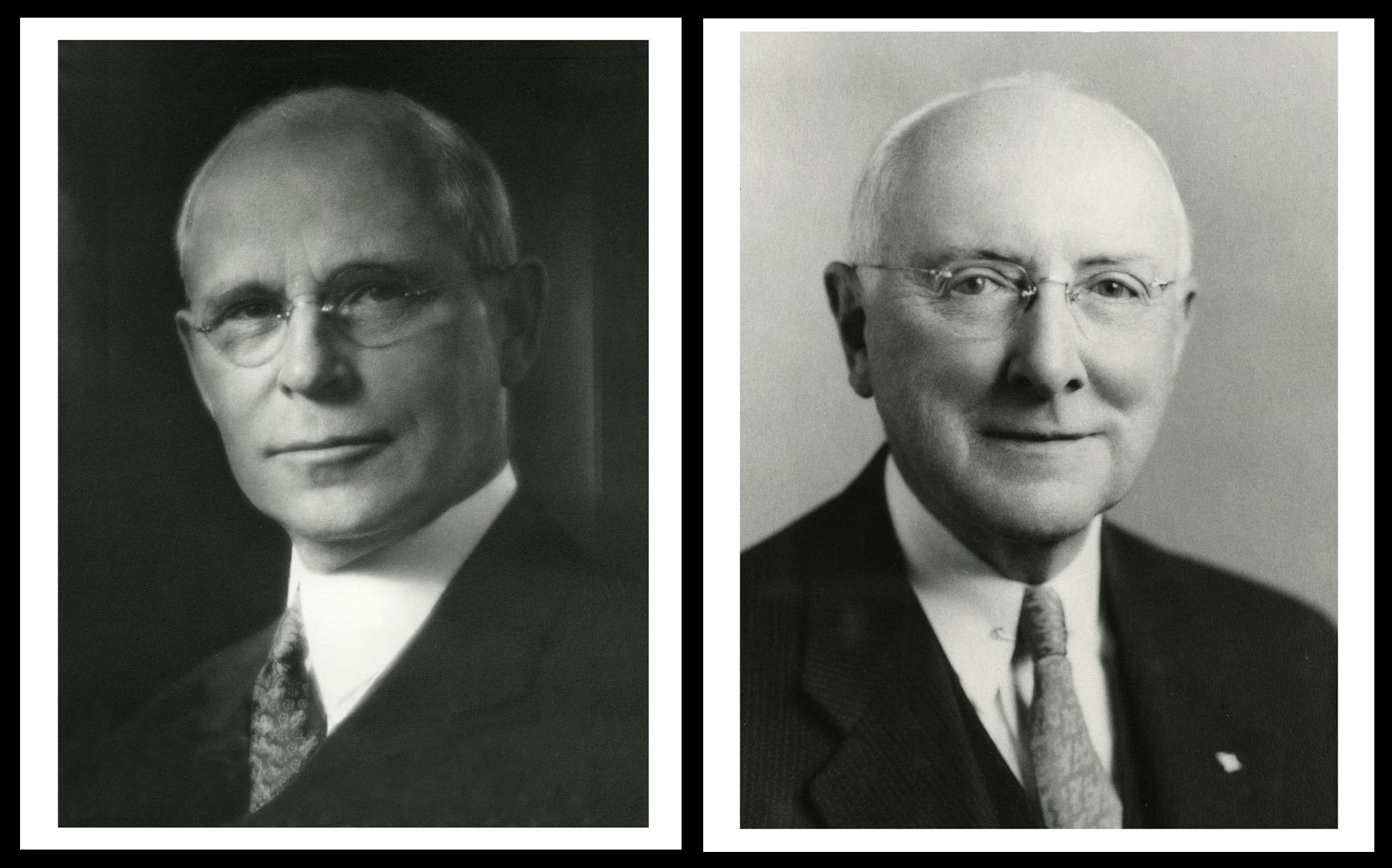 In 1888, an opportunity appeared to purchase the Rochester, New York Agency of the Aromatic Disinfecting Company of Philadelphia, Pennsylvania, a company that supplied equipment and “disinfecting” fluid for restrooms. In 1894, the disinfectant business was showing strength and the shoe business was proving unsuccessful.  As a result, the name of the concern was changed to the Rochester Germicide Company and a third ambitious friend, George Ford, joined the organization as an Officer and Director.

Under the new company name of Rochester Germicide Company, improvements in the system were made and expansion into manufacturing other products began.

Incorporation was completed in 1897.  That same year, the Calkins disinfector unit was patented.  This improvement in equipment sparked growth for the tiny company. 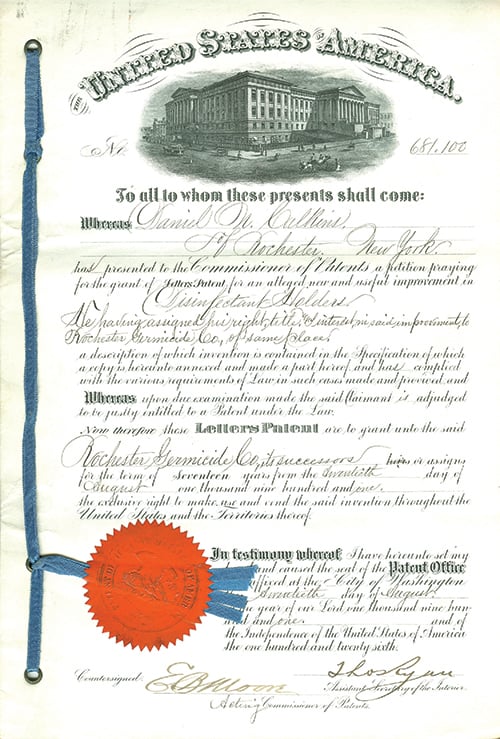 By 1907, Rochester Germicide had opened sales offices in Boston, Toronto, Chicago, Pittsburgh, and Cleveland and was manufacturing and selling hand soaps, floor cleaners, disinfectants, and insecticides. 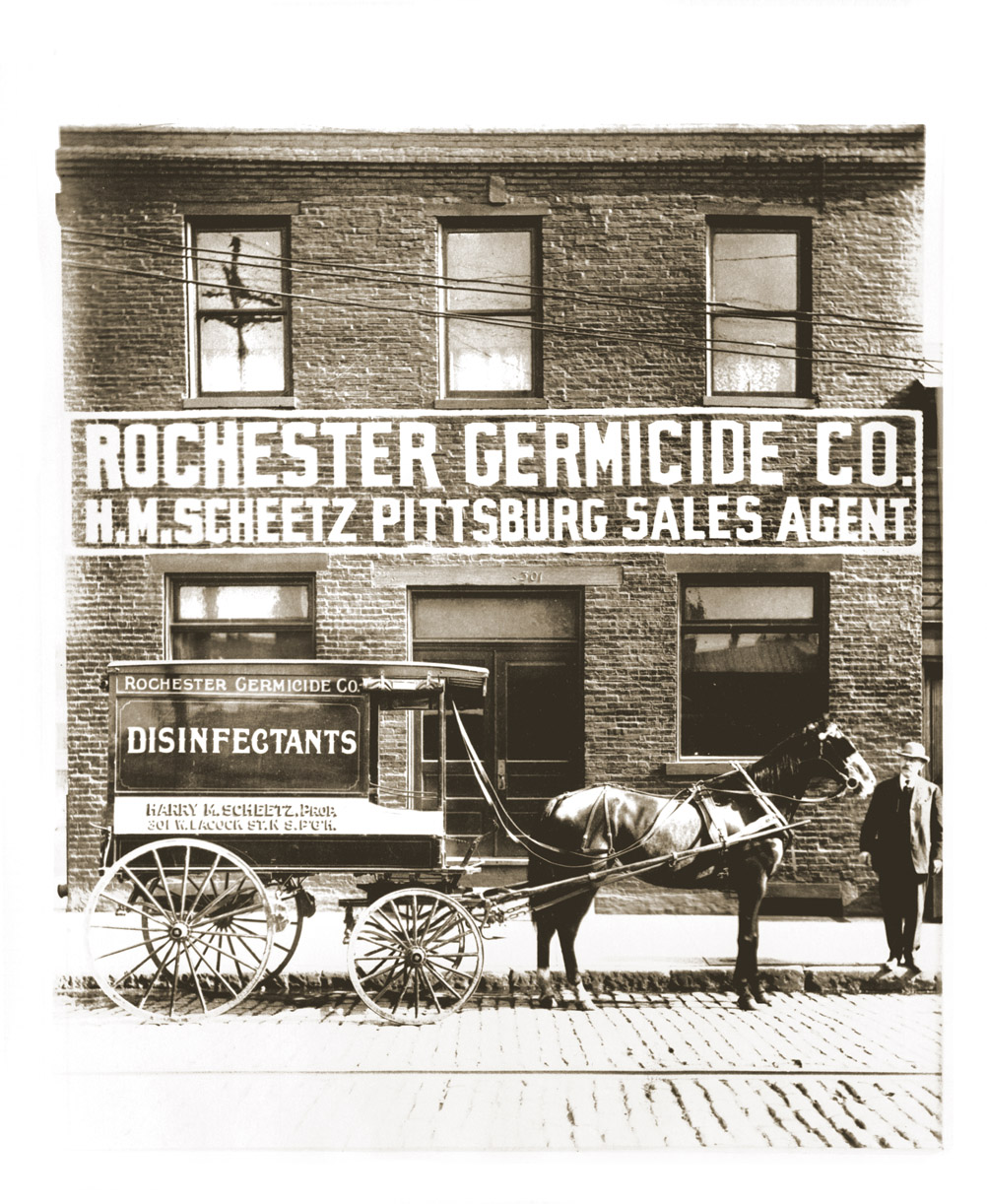 Over the next several decades Rochester Germicide's product line grew primarily through the needs of and ideas from its customers. The number of branch offices gradually expanded from the original six to include most of the major metropolitan areas throughout the United States.

In the early 1970’s, an active acquisition program began and numerous companies and janitor supply businesses throughout the United States were purchased. One of the most significant early purchases was the 1972 acquisition of Midland Laboratories, located in Dubuque, Iowa. Midland Laboratories was an established, well-respected firm in the Midwest United States, and the merger of the two companies gave Rochester Germicide an expanded small package line of chemical products as well as an even greater involvement with insecticides. Later, when Rochester Germicide was to change its company name, the name Midland would be included in the new title, significant of the important role Midland Laboratories had in the company’s growth.

To support the rapid expansion, in 1975 the company built a 70,000 square foot facility in Aurora, Illinois, to serve as both the manufacturing and distribution center for the Midwest, Southern and Western United States. Increased efforts in research and development during the 1970’s and early 1980’s allowed Rochester Germicide to add specialty chemical products for water treatment, industrial maintenance and food processing industries. 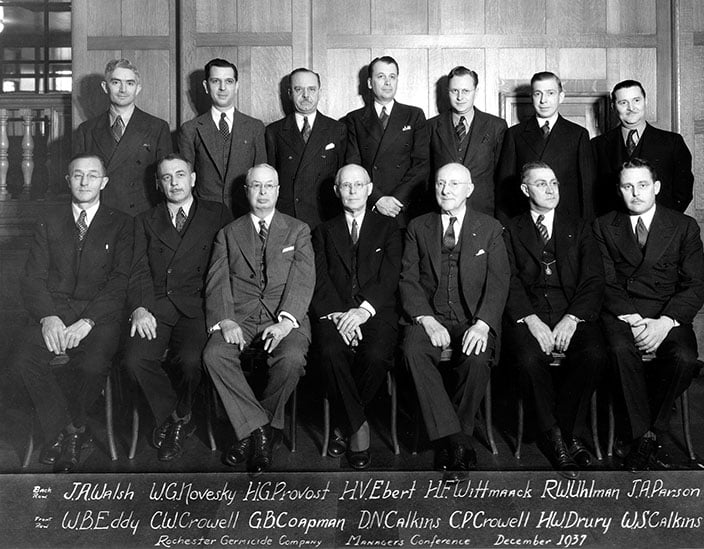 In October 1980, Rochester Germicide Company changed its name to Rochester Midland Corporation. The term “germicide” no longer identified the great diversification the company had undergone since its inception. In 1989 RMC replaced its existing Toronto manufacturing plant with a new 60,000 square foot production facility in nearby Oakville. The new building houses the headquarters for Rochester Midland Limited, which is responsible for the company’s Canadian operations.

In early 1991 Rochester Midland acquired Industrial Chemical Laboratories, a well-known and respected manufacturer of institutional and water treatment products serving sections of the Midwest and Northwest United States. This latest acquisition completed 20 years of extraordinary growth for the company.

RMC acquired Protecto, Inc. of Ontario, California in June, 2000. This leading manufacturer of toilet seat covers and other specialty papers was a valuable addition to the Rochester Midland’s Restroom Care program. 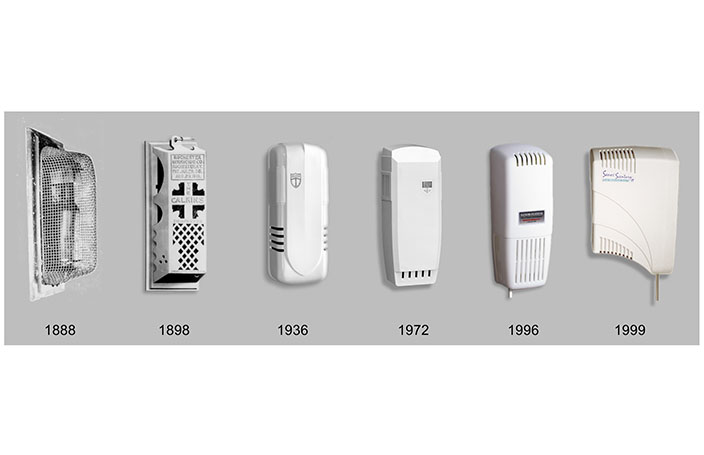 Today, Rochester Midland’s sales force spans the globe with technology far beyond that of the late 1800’s, drawing on the expertise and creative chemistry of its five distinct chemical programs. RMC is a multinational company whose vision is to help our customers achieve a higher level of cleanliness, productivity and environmental awareness. We work with our customers to help them deal with the increasing complexity of today’s regulatory compliance, whether it’s a food plant audit, legionella risk management or the evaluation of waste discharge.

The year 2018 marked the 130th anniversary of RMC’s founding - we are celebrating 130 years of clean. The company continues as a family-owned business, led by Harlan D. Calkins, Chairman, his son, H. Bradley Calkins, and his daughter, Kathy Lindahl, who are Co-CEOs. 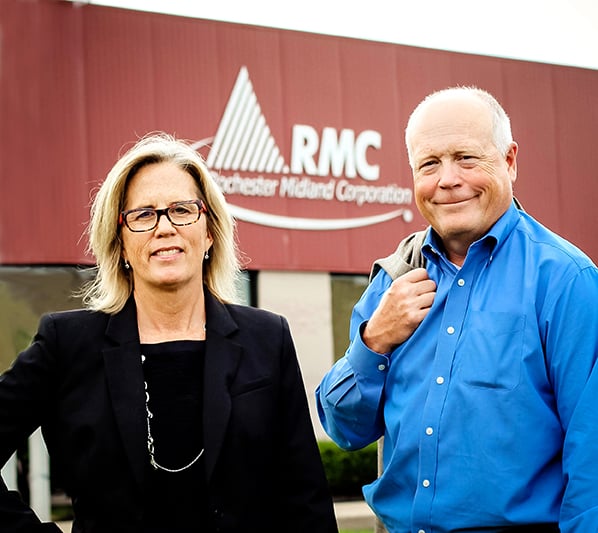 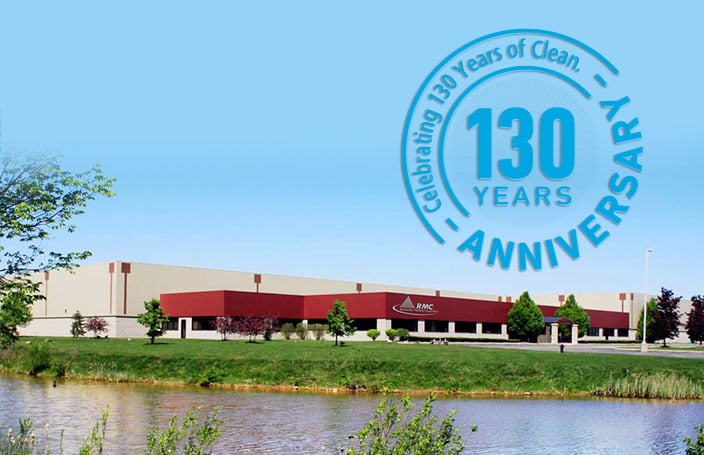 What our customers say ...

Rochester Institute of Technology chose RMC’s Green program because it best met our desire to improve the indoor air quality of our facilities and the health of our workers and community.

I’ve spent 45+ years in the food business. I have been in charge of chemicals, pest control, sanitation, etc. Relative to chemicals, in all those years it took me approximately 38 years to find a chemical partner like RMC who is second to none. They are a true partner.

We continue to use RMC because of the level of service they provide. Their product quality is great, but the service is what really sets them apart.